Reforming Section 101 and the Future of Patentable Subject Matter

This event was canceled due to Covid-19

Section 101 of the Patent Act, which defines patent eligibility, has been at the center of a vigorous debate in recent years. Courts continue to grapple with the consequences of a series of Supreme Court decisions in the 2010s that redrew the boundaries of eligibility. The U.S. Patent & Trademark Office has announced and begun to apply its own interpretation of patent eligibility doctrine. Congress is currently debating multiple proposals for statutory reform. Join us to explore the current state of the debate and discuss possible paths forward. 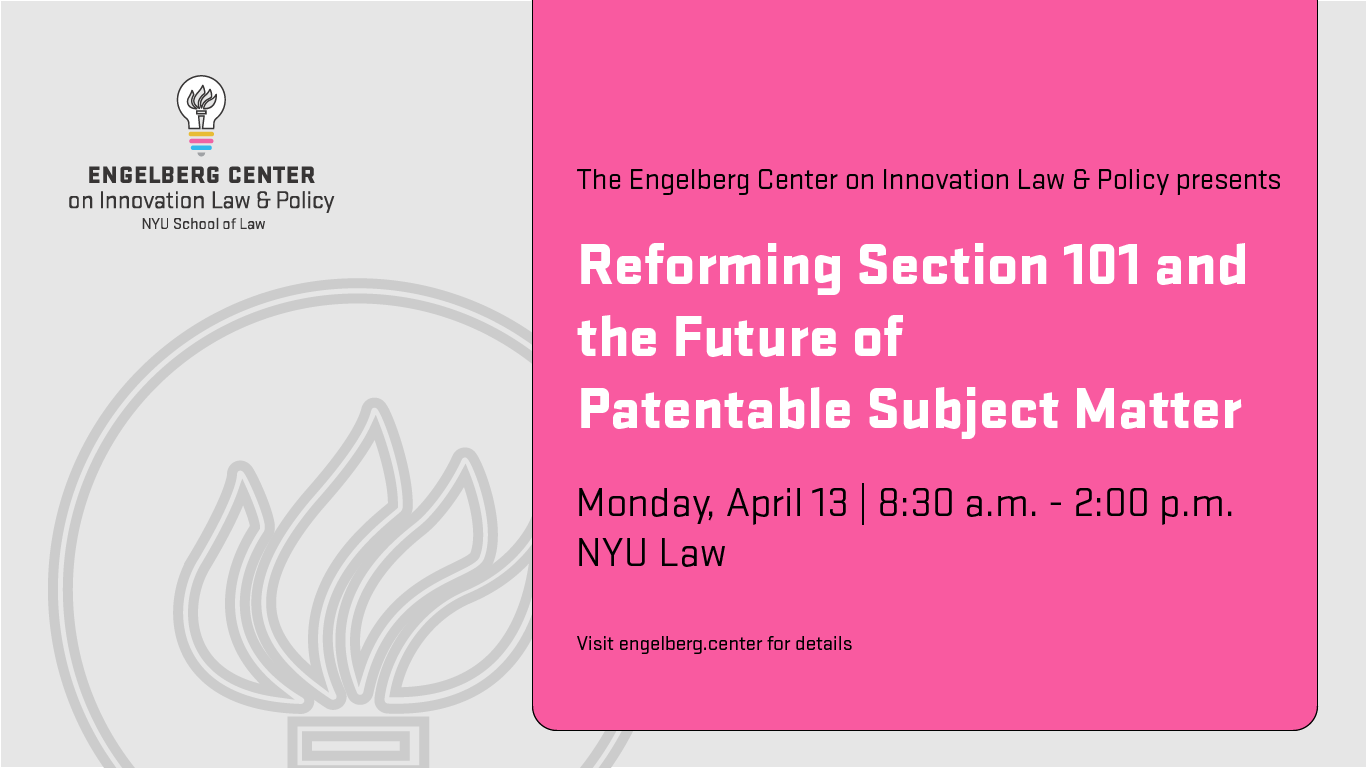